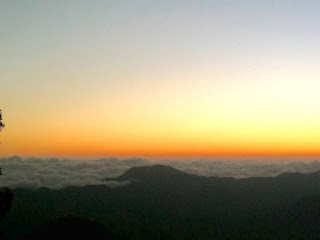 Books in 2016: A personal selection 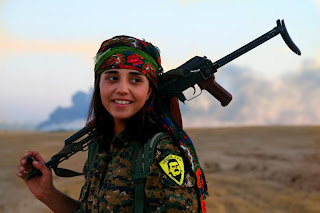 A Kurdish YPJ fighter with smoke behind her rising from an ISIS held area near the town of Al Hol, Hasakah, Syria. Photo by Delil Souleiman.

Syrian Dust: Reporting from the Heart of the War by Francesca Borri

This excellent book by Italian journalist Francesca Borri recounts her reporting from the Syrian city of Aleppo between 2012 and 2013, and presents a vital primary source recounting a siege that became one of the 21st century’s great crimes. Syrian Dust’s depiction of the terrified, terrorized lives of the Syrians living under the Assad regime’s relentless barrage - from the 25 year-old mother reduced to living in a drainage pipe with her 3 children who ventures out to buy bread and is shot by a sniper to the citizens of Moadamiya “with those bodies that are all bones” to those trapped in Al-Qusayr, during its siege reduced to sending frantic texts pleading “Where are you? They’re killing us all!” - will afflict the reader's conscience long after the book ends.

A striking and sometimes surreal collection from the woman who was perhaps Cuba’s greatest anthropologist, this book is a rich and splendid account of how Africa’s tradition of oral history and myth was translated to the Caribbean’s largest island.

Black Rice The African Origins of Rice Cultivation in the Americas by Judith A. Carney

This is a revelatory and chilling book that posits the thesis that much of the agricultural might of the southern United States derived from the expertise and labour of the West African slaves that were imported en masse to work there. A highly detailed dissection of the rice growing regions of West Africa where many American slaves hailed from makes a compelling case that they were were specifically plucked from these regions in order to bring their proficiency to the “new” world.

Out of Nowhere: The Kurds of Syria in Peace and War by Michael Gunter

An important work in decoding one aspect of Syria’s tortuously complex civil war, this book examines the murky and volatile relationship between Syria’s Kurds and the Assad family dictatorship in Syria, whose patriarch, Hafez al-Assad, as the author writes, took over the supposedly pan-Arab Baath Party and turned it “into a mere facade for his own Alawite family’s personal property.” Though Syria’s Kurds may not have suffered the genocidal slaughter their counterparts living in Iraq under the rule of Saddam Hussein endured, they were subjected to virtual ethnic cleansing from vast swathes of northern Syria in 1963 and reduced to an official status of less-than-full citizens of the country in which they lived. With particular focus paid to the Democratic Union Party or PYD (affiliated with the Kurdistan Workers' Party or PKK founded in Turkey by imprisoned Kurdish leader Abdullah Öcalan) and its military wing, the People's Protection Units (YPG), the book examines how the schizophrenic Assad regime could both shelter and protect the PKK for almost two decades (until they were kicked out in 1998) and, only a few years later, provide rearguard support to Al-Qaeda in Iraq, which then became both the Jabhat al-Nusra and Islamic State of Iraq and the Levant (ISIS) jihadist rebel groups. Though the narrative hits a slight bump when the author edges perilously close toward recycling  wild conspiracy theories connected to the August 2013 chemical weapons attack on the Damascus suburb of Ghouta, it is nonetheless highly valuable for its clear timeline of factors such as the newly assertive mood for Syria’s Kurds following the assumption of the Iraqi presidency by Jalal Talabani, himself a Kurd, in 2005, and such precursors to rebellion as the Qaishli uprising in March 2004 and the murder of a prominent Syrian Kurdish Sufi leader in June 2005.

Signs Preceding the End of the World by Yuri Herrera

With its stark, incantatory prose, this brief tale of familial and cultural dislocation describes a Mexican woman’s journey to the United States to try and locate her missing brother and, in doing so, spins a haunting border vignette.

The Israeli author pens short and at times quite affecting vignettes about his life as a father, son and friend in his often-conflicted land.

In the Time of the Tyrants by R. M. Koster and Guillermo Sanchez

An important document of a now-almost forgotten time when the Central American country of Panama was ruled by garish brutality, this book chronicles the governments of Omar Torrijos, Rubén Darío Paredes and Manuel Noriega and the courage of those who fought against them.

The Spanish Holocaust: Inquisition and Extermination in Twentieth-Century Spain by Paul Preston

The author writes that he penned this book “to convey the suffering unleashed upon their fellow citizens by the arrogance and brutality of the soldiers who rose up on 17 July 1936...(and) provoked a war that was unnecessary and whose consequences still resonate bitterly in Spain today” Though largely given short shrift in the English-speaking world, the story in this book of the terror visited upon Spain by the country’s right wing - rabidly anti-semitic, obsessed with supposed Masonic plots, addicted to benefiting from a rural economic model that seemed little better than slavery and adroit in their demonization/dehumanization of liberals in their discourse - amply proves the author’s thesis that the Spanish right “hated the Republic for being democratic long before it was able to denounce it for being anti-clerical." An all-too-relevant text for today's world.

The Feast of the Goat by Mario Vargas Llosa

The great Peruvian writer's account of the quixotic and tragic (though successful) plot to kill the Dominican Republic’s cruel dictator Rafael Trujillo, this novel minutely parses the web of flattery, threats, vanity, delusion and complicity that permits a totalitarian regime to thrive and the price that is often paid by those who dare to take it down.

Posted by Michael Deibert at 10:04 PM No comments:

2016: A Reporter’s Notebook of the Year Gone By 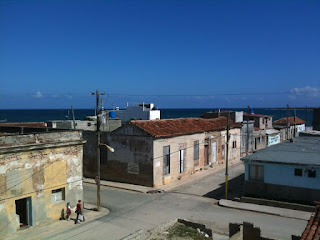 Gibara, Cuba. Photo by the author.

This year marked two milestones for your humble correspondent as a writer: I completed my second book on Haiti - Haiti Will Not Perish: A Recent History, which will be published by Zed Books next year - and I was finally able to engage thoroughly with Cuba, a fascinating country at a pivotal moment and which I was lucky enough to visit multiple times this year. Hopefully, going forward in 2017, I can continue trying to bridge the gaps between we fragile humans who inhabit this delicate earth, and help people to realize that the threads than bind us together are in fact stronger than those which keep us apart.

The Ghosts of Assad  A Review of Francesca Borri's Syrian Dust: Reporting from the Heart of the War for Michael Deibert's Blog (15 September 2016)

Nicaragua tiptoes back to tyranny for fDi Magazine (26 August 2016)

Review of my book  In the Shadow of Saint Death: The Gulf Cartel and the Price of America's Drug War in Mexico  From "Drugs, Violence, and Corruption: Perspectives from Mexico and Central America" in Latin American Politics and Society, Vol 58, Issue 1 (17 April 2016)

Posted by Michael Deibert at 5:49 PM No comments:

After being beaten and arrested for exercising his human right of free expression, the Cuban graffiti artist Danilo Maldonado Machado, better known as El Sexto, was transferred to the El Combinado del Este Prison, perhaps the most notoriously violent jail on the island. Before he was transferred, he penned the following testimony.  MD 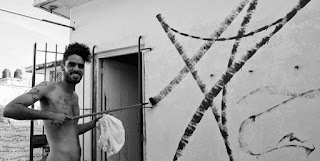 
What will become of the future for my daughter if they keep glorifying murderers?

In many instances I have been interviewed by different means of communications and many asked what I thought about when Fidel dies and my answer was always the same: We must all identify and learn to demystify a murderer. If not, then on that day nothing will happen.

The Cuban people were forced to march under the sun and crying songs like “I am Fidel”, but many were silent, because the Cuban people live in fear and with fear you cannot be free.

As long as we keep bowing our heads with a disgusting salary, with nothing to eat, and emigrating and demanding to the outside world what we are not capable of demanding of ourselves like human beings here “freedom," acts like what they are doing to me will continue to be the norm in Cuban society.

Let them take away my personal property, my cellular phone, with the justification of investigating, but actually they already have my e-mail, Facebook, Instagram, and all my tools and contacts for my work and development as an artist.

And text messages that are sent from any cell phone in Cuba with the phrase “El Sexto” will be sent but not received.

That apparently for an offence of criminal damages there is a fine to be leveled for the simple fact that such a crime does not exist. Instead, I the only person in Cuba who did what the rest of the Cuban population should have done: Take to the streets and celebrate the death that nature gave him and that he did not have the courage to end. He fled and blamed blockades and permitted us to live in poverty and die in the sea without looking at the real enemy, the military occupation of the Castro brothers.

For I am the same age as Christ when he was stoned and crucified for the people that he filled with wisdom. I have not assaulted any garrison, nor have I held a rifle. What I have is paper, pen, and spray paint. In the past it was my turn, now it is the Cubans turn to plant themselves in the 3rd and the 2nd. I am 1 and 6 and I am free. Always on my way to her. Luck and light be with you.

-El Sexto-
Posted by Michael Deibert at 2:53 PM No comments: