A journalist ventures back to a troubled, seductive Haiti

A journalist ventures back to a troubled, seductive Haiti


In 1996, freshly graduated from university, I went into a local bookstore in Pennsylvania and picked up a volume that ultimately changed my life.

The book was The Rainy Season: Haiti Since Duvalier by journalist Amy Wilentz. Published seven years earlier, it was a chronicle of the fall and aftermath of 29 year Duvalier family dictatorship in that tumultuous Caribbean nation. The writing was crisp and insightful, the political and social drama it depicted Shakespearean, the long struggle it described of a nation trying to form a responsive democracy in the face of local tyrants and international meddling was Sisyphean. Within a year I was in Haiti, a relationship that continues to this day.

Now, 23 years after The Rainy Season, Wilentz, a professor at the University of California at Irvine, returns to the Magic Island with her new volume, Farewell, Fred Voodoo: A Letter from Haiti.

Much has transpired since The Rainy Season, not least of all the apocalyptic January 2010 earthquake that leveled much of the capital and surrounding towns, killing tens of thousands of people. Haiti's two-time president Jean-Bertrand Aristide, a figure who, as much as anything, Wilentz's first book helped solidify in the international imagination, was overthrown not once but twice, in 1991 and in 2004, in circumstances that couldn't have been more different. A United Nations peacekeeping mission, largely unloved and convincingly linked to a strain of cholera that has killed over 7,000 people, has been on the ground for nearly a decade.

Unlike many commentators on Haiti, Wilentz genuinely likes and is stimulated by the Haitians themselves, and, in between despairing observations, in both The Rainy Season and Farewell, Fred Voodoo, she manages to capture the beauty of Haiti, physical and spiritual, something that foreigners writing about the place rarely do.

But despairing and pessimistic would indeed seem to be the most apt adjectives for the book's take on Haiti's post-earthquake landscape.

After Wilentz adroitly points out that what was often commented upon as Haitian "resilience" after the earthquake was in fact more likely post-traumatic shock, she goes on to conclude that "misery in Haiti today is a job creator for the white man" and that "the aid superstructure in Haiti...has created exactly the circumstances in which it becomes indispensable." Acidly and perceptively, she compares the thousands of aid workers, journalists and others who descended on Haiti after the quake as the equivalent of loup garous, the parasitic werewolves of Haitian folk legend.

She wonders why, if in the earthquake's aftermath the international community was able respond so quickly to so many chronic needs in Haiti as access to clean water, these problems could not be addressed before. As she did in The Rainy Season, Wilentz also pays tribute to the political significance of vodou, Haiti's syncretic religion that is too often ignored or caricatured.

Some of the book's anecdotes - from a hapless Haitian-American couple trying to buy land to a relentlessly self-promoting American journalist to a rather overdone portrait of an American doctor - run a bit long, but Wilentz can be darkly humorous in the margins. One American adventurer is described as having "liked to drink a quart of whiskey a day and to chain women up...[His] marriages did not last long." When Wilentz delves into the details of the 2010 privatization of Haiti's state telephone company, Teleco, and the state's torturous relations with the communications giant Digicel and its Irish chairman Denis O'Brien, the book is revelatory.

The book's major shortcoming is an unwillingness to address directly the tangled legacy of Aristide, a man whom Wilentz, as much as any writer, helped to bring to international prominence.

Though in one passage she tellingly recalls Aristide truculently complaining that hundreds of checks sent from abroad to fund his "projects" were not large enough - "not worth cashing," in fact - Wilentz's rather forgiving view gives rather short shrift to voluminous evidence that complicates any benign picture of the former president.

When Wilentz writes about Aristide's paternal relationship with street boys when he was a priest, she omits the far darker turn that relationship eventually took, with Aristide's political party and government helping to organize youth gangs as a bludgeon to use against his political opponents. Those looking for an examination of why virtually the entire top command of Aristide's police force and the upper management of Teleco during his tenure subsequently ended up in prison for drug trafficking and corruption offenses will look in vain, as will those looking for an accounting of the government's often horrific collective punishment against its rivals.

Wilentz herself treads very close to an apt, though inexact, parable for Aristide's rise and fall, when she accurately concludes that, culturally and politically, Haiti most closely resembles "French West Africa."

Like Aristide, Côte d'Ivoire's former president Laurent Gbagbo was once viewed as a champion of democracy as he led opposition to the long dictatorship of Félix Houphouët-Boigny. And like Aristide, once in power Gbagbo began to mimic in every particular the very worst and most anti-democratic tendencies of those he once railed against. After serving as president from 2001 until 2011, Gbagbo was extradited to the International Criminal Court in the Hague to be tried for crimes against humanity. Aristide returned to Haiti from exile in 2011. He is currently being sued by account holders ruined in a government-endorsed cooperative scheme during his administration and some of those same street children he once allegedly championed.

Writing in a marriage of memoir and critique, Wilentz's true strength is in honestly documenting the Haiti that foreigners who visit there construct for themselves, concluding that, despite its image of misery, for the misfits, idealists, adventurers and opportunists that wash up on its shores, Haiti is "a welcoming, accepting place where you can be yourself."

A hard sell, perhaps, to those who know only the Haiti of violence and calamity, but a sentiment that rings very - almost painfully - true to those who have seen and been moved by one of the nation's many other faces. Farewell, Fred Voodoo shows us a few of them and hopefully will provoke readers to look still further.

Michael Deibert is the author of Notes from the Last Testament: The Struggle for Haiti (Seven Stories Press) and the forthcoming Democratic Republic of Congo: Between Hope and Despair (Zed Books).
Posted by Michael Deibert at 8:51 PM No comments: 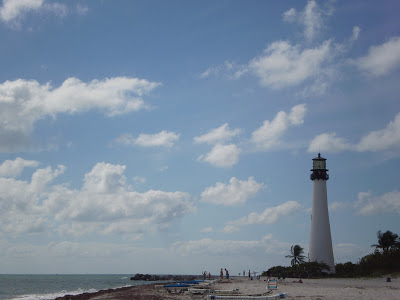 Posted by Michael Deibert at 11:49 PM No comments:

The Big Truck That Went By: How the World Came to Save Haiti and Left Behind a Disaster

Jonathan M. Katz’s new book about the aftermath of Haiti’s devastating earthquake in 2010 is fascinating but frustrating. An Associated Press reporter who lived in the country for two years before the disaster, Katz brings an on-the-ground flavor to his depiction of events that is more vivid than those in the more ponderous tomes published in the wake of the calamity.

Katz’s description of the day of the earthquake — a day that could have killed him — is wrenching and terrifying, and his descriptions of the often-callous diplomacy in its aftermath are bitterly convincing. His minute dissection of the failure of most of the promised aid and the misdirection of much of what did arrive is a valuable contribution to understanding how the international community should respond to such crises in the future. Even more chilling is his account of the indifference and subsequent obfuscation of the United Nations mission in Haiti and the fact that its troops introduced a cholera epidemic to the country that killed at least 7,000 people.

But Katz’s sharp lens turns fuzzier when he writes about the Haitians themselves. Early on, he states that he relied on his fixer — a driver/translator/guide — “for everything” during his time in Haiti, and so the account we see is what that fixer showed him, not the account of a journalist venturing forth to immerse himself in the country on its own terms. That’s a pity; Katz is a talented writer, and surely he had interesting thoughts about the subject. His window into Haiti’s byzantine political culture also seems to come from a single source, a former government minister who cannot on his own puzzle out the entire riddle of Haiti’s venomous political landscape.

Katz’s desire to see straight lines where tortuous twists and turns lie means that he tends to oversimplify complex situations. This habit become most problematic when he tries to assess Haiti’s history before he got there. Puzzlingly, nowhere in The Big Truck That Went By does he mention one of the events that probably more than any other destroyed Haiti’s rural agriculture and accelerated the urban migration to the destined-to-be-wrecked capital: a U.S.- Canadian funded program that, in the 1980s, succeeded in destroying 1.2 million of the Kreyol pigs that formed the backbone of the peasant economy.

Legislative elections in 2000 that saw journalists and opposition politicians murdered and their homes and party headquarters burned down are said to have suffered from “alleged fraud.” The chronology of the late-2003/early-2004 armed rebellion that (along with massive street demonstrations) would eventually bring down the government of then-President Jean-Bertrand Aristide is also fudged, with Katz blaming the action on a “small band of well-armed rebels.” In fact, the movement began among a street gang of former loyalists in the northern city of Gonaives, incensed in their belief that Aristide had murdered their chieftain.

Even given Katz’s admirable doggedness as a journalist, there doesn’t seem to be a great deal of love for Haiti in this book. Not for its mist-shrouded mountains, its azure coastal waters, the seductive gingerbread architecture that still rears up unexpectedly in its provincial towns or — with the exception of his fixer and the story of an earthquake-displaced family he movingly chronicles — the Haitians themselves. The Haitians in fact seem to rather irritate Katz, constantly bending his ear with unwanted conversations to the point where he can “hardly ask for directions.” At one moment, he admits that, despite having lived in the country for almost three years, he had rarely “let his guard down” with Haitians, which translates into a lack of intimacy with and insight about the people at the heart of the story.

Katz is a writer of considerable talent, with an often mordant and memorable turn of phrase. Had he schooled himself more thoroughly in Haiti’s history and immersed himself to a greater extent among its people before setting pen to paper, he could have produced a knockout of a book. Despite its many virtues, ultimately The Big Truck That Went By represents another example of what Katz himself exposes so thoroughly of the international community’s involvement with Haiti: Something of a missed opportunity.


Michael Deibert is the author of Notes from the Last Testament: The Struggle for Haiti (Seven Stories Press) and the forthcoming Democratic Republic of Congo: Between Hope and Despair (Zed Books).

Posted by Michael Deibert at 3:05 PM No comments: