When 43 students disappeared last month amid a wave of shootouts and assassinations in the Mexican state of Guerrero, it demonstrated in vivid fashion the insecurity still plaguing the country nearly two years into the mandate of President Enrique Peña Nieto.

One of Mexico's most violence-wracked states, where the beach resort of Acalpulco once played host to the rich and famous, Guerrero has in recent weeks seen mass fatality gunbattles in the capital of Chilpancingo, the decapitation of the brother of a federal deputy and the gunning down of the state chief of an opposition party as he sat in an Acalpulco restaurant. Last month, at least 21 people were killed by Mexican soldiers in Tlatlaya, just across the border in Mexico State, in what witnesses charge was an execution of disarmed criminal suspects who had already surrendered.

Some of the missing students - only 14 have reportedly been located at the time of writing - were apparently driven away in custody of the state police after attending a protest in the city of Iguala, while others were fired upon as they attempted to talk to reporters. At least six people died in the initial attacks, which for many Mexicans bring back memories of such state-sponsored violence as the July 1968 Tlatelolco massacre in Mexico City's Plaza de las Tres Culturas and the June 1971 El Halconazo killings, also in the capital.

After the discovery of mass graves in the state, two hitmen, connected to the Guerreros Unidos criminal group, have allegedly confessed to killing at least 17 of the students with police complicity.

But today's violence is not confined to Guerrero. In the border state of Tamaulipas, birthplace of the Gulf Cartel - the country's oldest criminal organization - gunbattles and roadblocks flare up with terrifying regularity, and only last week gunmen attacked a police station in Reynosa, across the Rio Grande from McAllen, Texas. In the coastal state of Veracruz, at least four mass graves have been found so far this year. In the western state of Michoacán, violence is rife and hardly a week goes by without another video or photograph surfacing of Servando  "La Tuta" Gómez Martínez, leader of the state's Caballeros Templarios (Knights Templar) drug gang, meeting in apparent amity with a local official or journalist.

Though much was made of the supposed different approach Peña Nieto, from Mexico's long-ruling Partido Revolucionario Institucional (Institutional Revolutionary Party or PRI), would take to the drug war from the militarized battle that his predecessor, Felipe Calderón of the opposition Partido Acción Nacional (National Action Party or PAN),  had waged, the results have not been encouraging.

More people were murdered during Peña Nieto's first 20 months in office than during same period under Calderón, with Mexico's Instituto Nacional de Estadística y Geografía (Inegi) also measuring an increase in kidnapping, robberies and extortions. One of Peña Nieto's first moves - to dissolve a law enforcement unit that Calderón leaned heavily on and seek to replace it with a gendarmerie reporting directly to the Interior Ministry - appears to have had little positive affect.  Though some well-known drug traffickers, such as Los Zetas' Miguel Treviño and the Sinaloa Cartel's Joaquín "El Chapo" Guzmán have been arrested, others, such as former Guadalajara Cartel grandee Rafael Caro Quintero and Los Zetas' co-founder Rogelio "El Kelín" González Pizaña, have walked out of jail, with the government claiming ignorance about the circumstances of their release.

The United States, its ravenous appetite for illegal drug undimmed, has, for its part, also played and continues to play an integral role in abetting the criminal violence for which Mexico's citizens pay the price.

Much of the money Mexico's narcos make is laundered through the US banking system, with financial institutions such as Bank of America, HSBC and Wachovia (now part of Wells Fargo) found by US investigators to have laundered billions of dollars of drug profits for groups like the Gulf Cartel and Los Zetas. Border states with liberal gun laws such as Texas and Arizona have long served as a one-stop shop for Mexican drug cartels, with many weapons purchased in the US later found at the scenes of lethal confrontations south of the border. The US also continues with the fallacy of federal prohibition of drugs, despite the evidence of countries such as Portugal that have decriminalized personal possession of narcotics with no marked increase in addiction. Fortunately, states such as Washington and Colorado are beginning to chip away at this deeply cynical policy with their own more progressive drug laws.

Despite the cheerleading, backslapping and nativist incitement that goes on when it comes to the violence that has been wrenching Mexico for a decade, the last 21 months of the Peña Nieto administration have proven that the bloodshed comes from a broken system on both sides of the border, one that is beyond the ability of facile good guy vs bad guy scenarios to fix. Despite flickerings of popular rejection of the power of the cartels and corrupt officials in states such as Michoacán (often quickly and definitively co-opted by the federal government), the Mexican people remain largely at the mercy of powerful, organized bands of ruthless criminals and government players who often appear organically linked with the criminal groups they are ostensibly trying to fight.

While some U.S. publications have myopically lauded Peña Nieto as "saving Mexico," the reality on the ground suggests something far different. Both Mexico and the United States have a role to play in ending impunity, increasing transparency and reforming frankly deadly laws when it comes to the financial sector, drug policy and firearms, lest Mexico's next president also inherit a country in dire need of "saving."

Michael Deibert is the author of In the Shadow of Saint Death: The Gulf Cartel and the Price of America's Drug War in Mexico (Lyons Press)
Posted by Michael Deibert at 5:39 PM No comments: 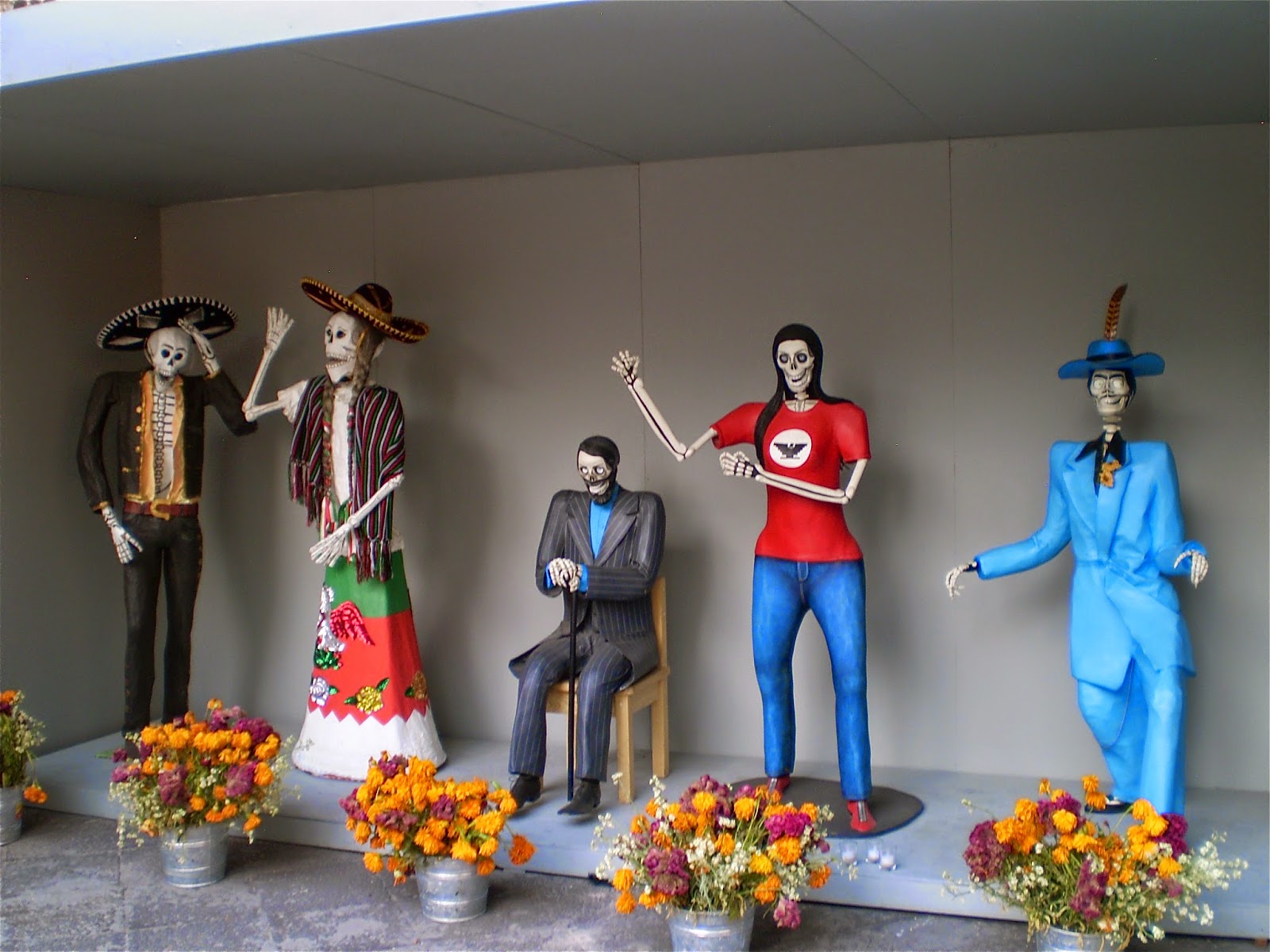