Books in 2014: A Personal Selection


These are a few of the books that, for good or ill, made an impression upon me this year. MD


Peaceland: Conflict Resolution and the Everyday Politics of International Intervention by Séverine Autesserre

An important book that minutely deconstructs both the structural and day-to-day weaknesses of the current model of international peacebuilding, and with recommendations should be seriously considered by peace builders who do not wish to replicate the mistakes of the past.

A welcome addition to the canon of vodou scholarship and a deeply felt inside account of a faith of often daunting complexity by one of the leaders of the Haitian vodou-rock band Boukman Eksperyans.

A Lost Lady by Willa Cather

Amid some beautiful descriptions of the natural world of the Western plains rests finely observed character sketches that are distinctly, recognizably American, and which present two competing - even warring - visions of American identity. One is of “unpractical... dreamers, great-hearted adventurers” and one of “men...who had never dared anything, never risked anything” seeking to destroy a magnificent land and to “cut [it] up into profitable bits, as the match factory splinters the primeval forest.”  The nasty, gossipy spitefulness of small-town America is also displayed in what is, finally,  an elegy for the end of the era of the pioneer.

The Dud Avocado by Elaine Dundy

A little gem of a book telling the story of a young American woman in the France of the 1950s, this tale is, despite being very funny, a story of unexpected depth, suffused through with the excitement, energy and wistfulness of youth.

China’s Second Continent: How A Million Migrants Are Building A New Empire in Africa by Howard French

The veteran journalist French paints a picture of China venturing forth into Africa that is not a pretty one. Despite banal slogans of a “win-win” relationship, the Chinese he meets seem surprisingly unaware of how often the ground they have entered has been trod before, and many appear casually racist about the inhabitants of their new home in a way that one might have thought had largely disappeared from public discourse (if not private thought). But by the end of the book, though, it is hard to argue with French’s conclusion that “here [are] the beginnings of an empire, a haphazard empire, perhaps, but an empire nonetheless."

For Whom the Bells Tolls by Ernest Hemingway

One of the American author’s very best books, this remains, in many ways, the fictional counterpoint to George Orwell’s brilliant Homage to Catalonia, detailing the bravery of those fighting on the Republican side during the Spanish Civil War (and the humanity of some of those on the other side), the squalid politicking of those directing it (on both sides) and containing some of Hemingway’s finest writing, such as the wrenching account of the last stand of a Spanish guerilla fighter, made all the more so because it is utterly drained of sentimentality.

The Holocaust in Romania: The Destruction of Jews and Gypsies Under the Antonescu Regime, 1940-1944 by Radu Ioanid

An important work that documents what, far from being a sideshow to the campaign of extermination against Jews elsewhere in Europe, represented perhaps the most frenzied episode of all in violence during fascism’s ascendance. By documenting in grim detail the atrocities committed by Romanian military forces, paramilitary elements and ordinary civilians (often working in tandem with elements of the German military) Ioanid brings the reader vividly back to the madness of such incidents as the 1941 pogrom at Iasi, and reminds the reader that the fever that took over Europe was by no means a German-only affair.

George Groz: Art and Politics in the Weimar Republic by Beth Irwin Lewis

A fascinating biography of a truly politically-engaged artist , a singularly powerful and committed creative soul living through a chaotic national crisis and responding to it the best way he knew how, by creative defiance.

Miami and the Siege of Chicago by Norman Mailer

A glimpse of a pivotal moment in U.S. history, the 1968 Republican and Democratic conventions (in Miami and Chicago, respectively) penned by the sometimes intriguing, sometimes thuddingly dull literary lion, this book is in many way about the author confronting his own fear; fear of where America was heading, fear of the meagre talents of the politicians tasked with shepherding it to a new day and, perhaps, fear of what he saw when he looked within himself.  Also a glimpse of two American cities that, for all purposes, have ceased to exist in the form that Mailer describes them decades ago.

A deeply strange novel that suffused with disappearing spouses, precocious schoolgirls, echoes of World War II and wayward cats, this was the first book I had read by the man who is perhaps Japan’s foremost modern author. A longtime fan of Japanese writers such as Yukio Mishima, Yasunari Kawabata and Osamu Dazai, I found this book a fascinating if sometimes perplexing evocation of that country, particularly Tokyo, one that made me interested to delve into the author’s works further.

House of Stone: A Memoir of Home, Family and a Lost Middle East by Anthony Shadid

A memoir by a truly great journalist - who died while covering the war in Syria at the tragically young age of 43 - this book is by turns moving, very funny and eerily prescient as Shadid recounts his effort to reconstruct his long-abandoned ancestral home in the Lebanese village of Marjayoun. Written by the author of Night Draws Near: Iraq's People in the Shadow of America's War, the greatest on-the-ground account of the U.S. invasion of Iraq, this book points to the great things that Shadid might have accomplished had he lived longer, a fact that adds a great and at times deeply sad poignancy to the book’s account of a veteran rover who seems to have finally found home. and observing that  “part of me was so wary of that old life of guns and misery.”

The Sound of Things Falling by Juan Gabriel Vasquez

This book, penned by the well-known Colombian author, came with many glittering endorsements, but I’m afraid I found it contrived (fake might be a better word), curiously unengaging and with devices to move the plot along that one could see coming a mile away. The rather whiny, narcissistic characters never felt real to me, and the setting - tangentially amid Colombia’s drug war - to me felt like a fictional conceit rather than something being written about with any level of authority. It does pick up towards the end, though.

Florida in the Great Depression: Desperation and Defiance by Nick Wynne and Joseph Knetsch

A diffuse but interesting account of a time when the peninsula once looked upon as a promised land for its residents became something of a Canaan, the book educates the reader about such details as the devastating hurricanes of 1926 and 1928, how ticks and screw worms nearly wiped out the state’s population of cattle and how by 1920 nearly 50% of Miami’s black population was Bahamian. Reading it, ones is struck by how the casino-like fixation on land/real estate speculation as a lynchpin of the state's economy never in fact left.

Posted by Michael Deibert at 6:09 PM No comments:

A wish for Haiti 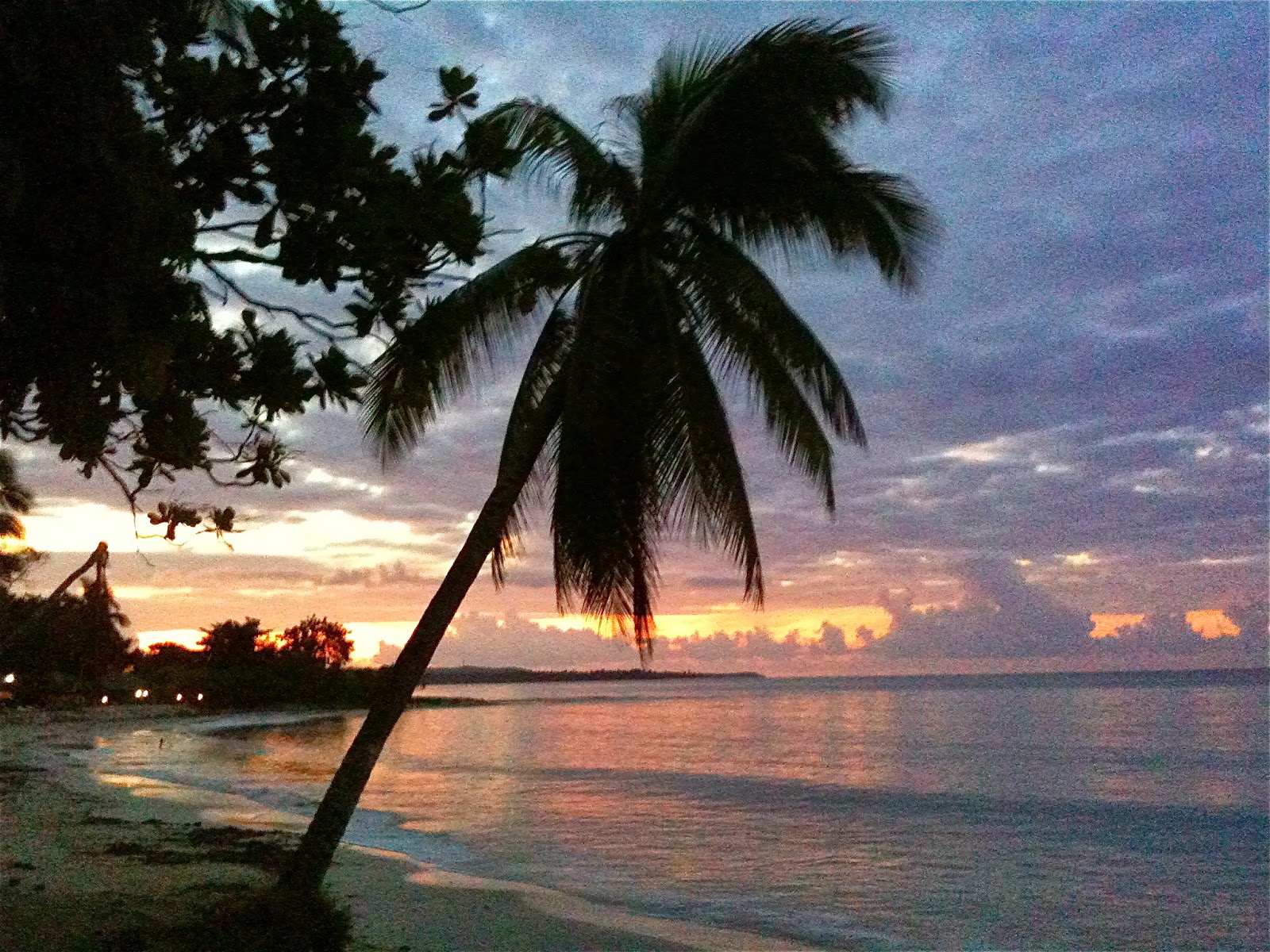 I leave Haiti today after traveling from Port Salut to Au Cap and many points in between, taking the measure of where the country sees itself at this moment. This visit has given me the opportunity to talk with tap-tap drivers, peasant farmers, fishermen, market women, hotel owners and many in between. I have concluded more than ever before that the Martelly-Lamothe government have done a great deal for this country over the last 3 years and, despite the violent naysayers in the political opposition here and those abroad who uncritically buy into their zero option game, a tiny light of hope now flickers in Haiti more than I have seen in the past. I truly hope that in the new year, and under whatever government replaces the recently-departed Lamothe's, that this light is able to burn even brighter in the new year. The people of Haiti deserve, more than anything else, peace. The peace of being able to walk through the streets of their cities without the worry that violent, paid-for demonstrations will terrorize their children and loot their shops; the peace of knowing that they will get a fair price for their rice after they toil away in the fields; the peace of knowing that after they get an education there will be some place for them here, in their home, and they will not be forced to migrate abroad to find work. So, Haiti, as I depart from your shores yet again, I wish you peace.