From your serpentine, churning namesake river to your beautiful mist-shrouded mountains to your inscrutable steaming jungles and your rolling savannas, in appreciation for your incredible sinuous soukous music, the beautiful artistry of your carved masks and the power of the literature of writers like Sony Lab'ou Tansi and also in appreciation of delicious cosa-cosa served with pili-pili, the view from Chez Tintin at sunset and, most of all, your indomitable, courageous people, Happy 53rd Birthday, Democratic Republic of Congo. May we all work to give you a brighter future.

Posted by Michael Deibert at 12:55 PM No comments:

It was 59 years ago today that Guatemala's democratically-elected president Jacobo Árbenz was overthrown in a CIA-engineered coup. Among those caught up in the upheaval in Guatemala at the time - and the mass repression against Árbenz's partisans and the left in general - was an Argentine physician named Ernesto "Che" Guevara. Guevara subsequently fled to Mexico where he met a Cuban exile there named Fidel Castro...The complicating ironies of history... 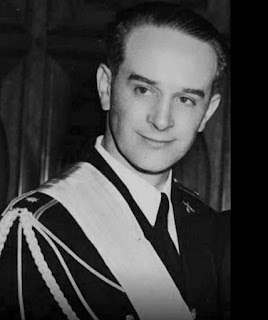 Posted by Michael Deibert at 2:39 PM No comments: 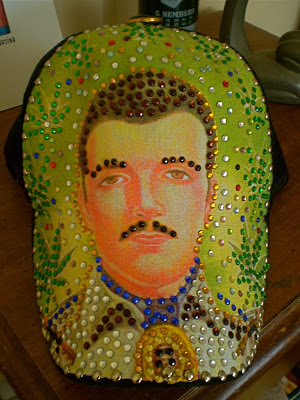 Posted by Michael Deibert at 9:51 PM No comments:

"The only thing they gave us was a stadium"

Some São Paulo protesters explain why they took to the streets.

Posted by Michael Deibert at 10:30 PM No comments:

As the Central African Republic reels from the instability brought about by the overthrow of its government, observers are questioning South Africa’s role in the country, resource deals signed by the previous regime could be undone.

When François Bozizé, the president of the Central African Republic (CAR), was overthrown in March 2013 by a ragtag band of militiamen and child soldiers, few observers thought it heralded a brighter chapter in the history of one of Africa’s more tragic countries.

The Central African Republic, or Centrafrique, as it is known in French, is a former French colonial territory whose colonial history was marked by widespread forced labour and often outright slavery. The country's first prime minister died in a mysterious plane explosion in 1959, and independence eventually saw a coup by French-trained general Jean-Bédel Bokassa, a recipient of the Croix de Guerre who went on to become one of the continent’s most garish tyrants, crowning himself emperor in 1977 as his countrymen starved. Coups and counter-coups continued before elections in 1993 saw Ange-Félix Patassé ascend to the presidency, only to be overthrown by his former chief of staff, François Bozizé, a decade later.

Mr Bozizé had been orbiting around circles of power for years before his victory. The background of the man who has replaced him, however, is more obscure. Michel Djotodia is a former low-level government official who lived and studied for many years in the former Soviet Union, and who was only one of many leaders of the Union des Forces Démocratiques pour le Rassemblement, a rebel group that preceded the Séléka rebel coalition he led to power. Mr Djotodia was unanimously elected CAR’s president in mid-April by a transition council after a ballot in which he was the only candidate.

South Africa’s involvement in the CAR has as much to do with business deals linked to the former's ruling African National Congress (ANC) party as it does with regional solidarity. A report by South Africa’s Mail & Guardian newspaper concluded that the country’s “military involvement in the Central African Republic has from the start been entwined with ANC-linked deals”.

The South African oil exploration company DIG Oil, which is closely linked to the ANC, boasted a Bozizé-era oil concession in CAR’s south-west, near the town of Carnot.

A public-private partnership company, Inala Centrafrique, was registered in 2006, with ownership divided between the South African entity Serengeti Group Holdings (65%) and the CAR government (35%). The former company was majority owned by ANC grandee Joshua Nxumalo. The venture appeared chiefly designed to gain access to diamond mines in CAR. The DIG Oil and Inala Centrafrique deals appear to be only two of many.

Shortly after Mr Bozizé was overthrown, Mr Djotodia announced that the new government would be reviewing all resource deals signed by the previous regime, including DIG Oil’s and the contract awarded to the China National Petroleum Corporation for rights to explore for oil near CAR’s border with Chad. The move is somewhat reminiscent of a special parliamentary commission chaired by Christophe Lutundula in the Democratic Republic of Congo, whose 271-page June 2005 report found that many contracts signed during that country’s civil wars were either illegal or of little value.

Mr Djotodia’s public comments have also indicated a possible shift toward seeking investment in CAR from the EU. Whether or not the Djotodia government’s review of foreign investment marks a serious attempt to increase transparency in the country’s resource deals remains to be seen, but the signs of good governance are thus far not encouraging.

The UN high commissioner for human rights says that a pattern of violence has continued in the country following Mr Bozizé’s overthrow, including cases of summary executions and sexual violence. Disgruntled members of the Séléka rebel coalition have been demonstrating in the capital over pay they say they were promised, and angry citizens recently killed a 17 year-old Séléka fighter, as resentment of the rebel coalition – now ensconced at the five-star Ledger Plaza Bangui hotel – continues to grow.
Posted by Michael Deibert at 4:01 PM No comments: 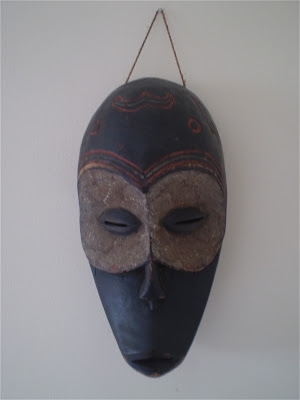 I bought this mask while living in the Democratic Republic of Congo, one of about a dozen that I own. Beautiful, I think, in its craftsmanship and simplicity.

Here's a drug war statistic for you, courtesy of Mexico's Reforma newspaper: Los Zetas earn $350 million annually by importing 40 tonnes (80,000 pounds) of cocaine a year into the United States alone, but since 2010 have had to spend practically all that money trying to fight off their former employers, the Gulf Cartel.
Posted by Michael Deibert at 6:38 PM No comments: