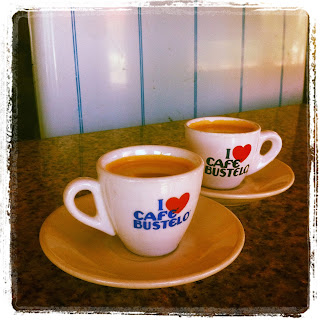 In addition to being one of the nicest guys I know, my friend Ben Fountain also happens to be one of the best American writers of fiction alive today. If you liked his terrific 2006 book of short stories Brief Encounters with Che Guevara, grab his new novel Billy Lynn’s Long Halftime Walk, a book about war, class and commerce that is one of the best books of the year. 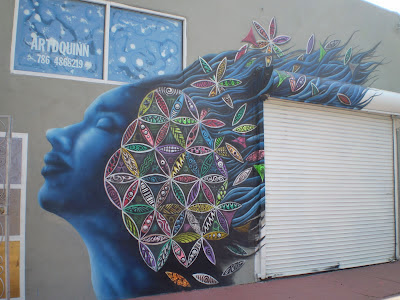 Posted by Michael Deibert at 8:13 PM No comments:

The east African country of Uganda, perhaps better known for its lush national parks and history of garish dictators than its natural resources, has unexpectedly found itself as a player in the world energy markets.

Following years of natural oil seeps near the vast Lake Albert, which forms a natural border between Uganda and the Democratic Republic of Congo, London-based Tullow Oil has discovered 1 billion barrels of potential oil reserves in the country. Tullow estimates that 1 billion to 1.5 billion barrels still remain to be located, while Uganda’s ministry of energy says this number could be as high as 2.5 billion.

So is this reason for celebration? Perhaps, but given the political landscape in Uganda, the discovery of oil is, like most things, an intensely political matter. And the discovery has occurred at a particularly delicate time for the country.

Uganda’s president, Yoweri Museveni, who seized power as the head of the National Resistance Army in January 1986 following the dictatorships of Idi Amin and Milton Obote, and the short reign of Tito Okello, is an increasingly polarising figure in this country of 33 million people, where half the population is under 14 years old. Many in the country suggest that the way the Tullow deal has been handled thus far is indicative of much that is currently wrong in Uganda.

When Tullow bought out Energy Africa in May 2004, it acquired 50% equity in blocks EA1, EA2 and EA3 of the oil concern on the Albertine Basin. Upon its acquisition of Hardman Resources in December 2006, Tullow became the 100% equity holder of EA2.

At the outset of 2010, Tullow sold equity in the blocks to French company Total and the China National Offshore Oil Corporation (CNOOC) – the third largest in the triumvirate of China’s state-owned oil companies – meaning that each company held one-third of the equity in each of the three blocks. This deal attracted state involvement in February 2012, when Tullow company signed two $2.9 billion production sharing agreements with the Ugandan government.

Thus far, Tullow has drilled 45 exploratory wells, of which 43 have been successful, and the company believes that the discovery of oil within its borders presents a golden opportunity to Uganda. “Riding on the back of oil comes a whole raft on ancillary industry and development that any government – be it this one or the next – would want to retain,” says Eoin Mekie, director of Tullow's Uganda operations.

The World Bank has estimated that revenue from the oil industry could potentially double the Ugandan government’s revenue within six to 10 years. That would be a windfall that could potentially transform the economic status of a country that has received more than $19bn in overseas development aid from Organisation for Economic Co-operation and Development countries over the past 25 years.

A so-called 'stabilisation clause', which reimburses companies that might lose future profits due to government tax policies and other variables, was overcome when the Ugandan government agreed to compensate the companies involved in the Lake Albert deal for any losses. A formula to calculate that loss has not yet been agreed upon, though, according to Mr Museveni.

At present, one of the greatest sources of debate between the Ugandan government and Tullow appears to be the size of any refinery to be built on Lake Albert, with the Museveni government favouring a large refinery and Tullow favouring, at first, a mid-sized one to produce 20,000 to 30,000 barrels of oil per to day to feed domestic demand, eventually getting up to 150,000 to 200,000 barrels a day.

The oil has been found at a particularly sensitive and politically tumultuous time. Mr Museveni secured his current term as president in controversial elections in February last year, and over the past 12 months several large-scale protests against alleged political corruption and economic mismanagement have occurred in the Ugandan capital of Kampala, many aligned with the country's opposition party, the Forum for Democratic Change, which is led by Kizza Besigye, a doctor, former soldier and one-time ally of Mr Museveni.

Government security forces have treated the protestors brutally, with at least 10 people dying and several hundred being put in jail during the demonstrations in 2011. The capital has also seen large protests against load-shedding by national power company Umeme, which has left some neighbourhoods without power for days at a time.

Then there is the matter of transparency. Uganda’s Petroleum Exploration and Production Act dates back to 1985. In May 2010, the country’s minister of energy released a draft of a new petroleum bill to members of Uganda’s civil society and others, asking for review and input. Following meetings among dozens of groups and residents in the area along Lake  Albert most likely to be affected by the construction of any refinery, recommendations were submitted to the ministry. As of yet, no new law has been forthcoming.

Following a raucous debate in Uganda’s parliament – which is dominated by members of Mr Museveni’s National Resistance Movement party – it was concluded that there should be a complete moratorium on oil-related activity until new laws were put in place, which could raise questions about the status and efficacy of the February 2012 agreement between Mr Museveni and Tullow.

“It seems that anything to do with the agreement is the preserve of the ministry of of energy, which is really just three or four people,” says Lynn Turyatemba, an attorney with the Africa Institute for Energy Governance in Kampala, which focuses on electricity, renewable energy and extractive industries. “The executive wants to have a completely autocratic say in the industry.”

It is a concern echoed elsewhere in Uganda’s civil society. “When the president acts without respecting the other branches of government, he is undermining the institutions of the parliament and the judiciary,” says Mugusha Henry Bazira, executive director of Kampala’s Water Governance Institute, a group that has called on further environmental impact studies to be done before drilling proceeds. “The head of state is running the country as if the presidency is the sole arm of government.”

With Tullow estimating substantive production of oil to be at least five years away, it remains to be seen if the Museveni-Tullow deal can produce any substantive change between now and the date of scheduled next presidential elections in 2016. At that point, Mr Museveni will have been in power in Uganda for 30 years.

For its part, Tullow’s public position is that the discovery of oil in the country should be viewed as a stepping-stone, and not an end unto itself. “Uganda’s future is not in oil,” says Tullow’s Mr Mekie. “What [Uganda] needs to do is develop infrastructure, roads, education, industry and agriculture on a larger scale, so when the oil does run out in 30 to 40 years' time, there is a sustainable economy left behind.”

Whether or not Uganda can achieve those aims, and what role oil and the country’s foreign partners will play in helping to achieve them, remains one of the burning questions confronting Uganda today.
Posted by Michael Deibert at 7:43 PM No comments: