While in London, I was interviewed about Haiti by M24, the radio station of Monocle magazine. My part begins around the 11 minute mark and can be heard here.
Posted by Michael Deibert at 1:30 PM No comments:

London Book Launch for Haiti Will Not Perish: A Recent History

Zed Books, Waterstones Tottenham Court Road, the historian Carrie Gibson and a wonderful, well-informed audience all helped to give my new book, Haiti Will Not Perish: A Recent History, a lovely UK launch in London earlier this month. All photos are © Michael Deibert. 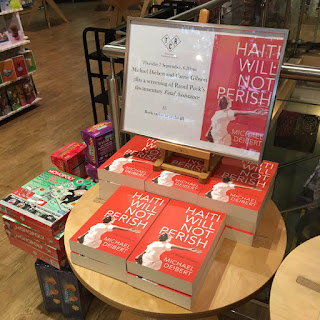 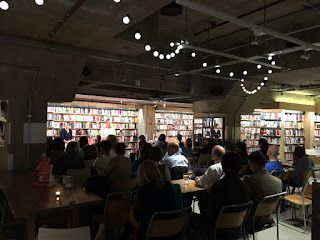 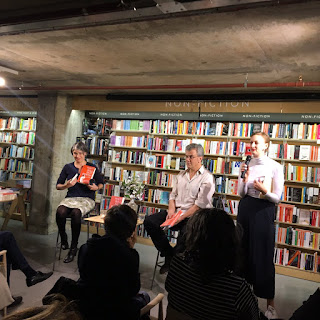 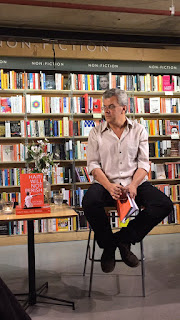 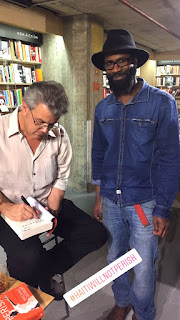 Posted by Michael Deibert at 5:08 AM No comments:

On the Ground: Michael Deibert interview with Sam Schindler on What We Will Abide


Journalist Michael Deibert has called several countries –if not continents– home, and has written several books, including In the Shadow of Saint Death: The Gulf Cartel and the Price of America’s Drug War in Mexico, and most recently Haiti Will Not Perish: A Recent History, which came out earlier this year.

He’s had articles published in The Guardian, Truthdig, The Huffington Post and Slate among others.

He currently resides in Lancaster, but as his résumé clearly shows, staying put isn’t exactly his game. We sat together on a relatively cool summer morning in the cemetery adjacent to St. James’ Church in the heart of Lancaster City, where he was born and the city he calls home – for now.

Listen to the full interview here.
Posted by Michael Deibert at 3:21 AM No comments: