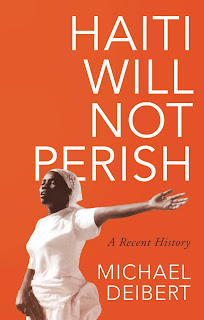 The cover for my new book, Haiti Will Not Perish: A Recent History, out from Zed Books this autumn.
Posted by Michael Deibert at 5:03 AM No comments: 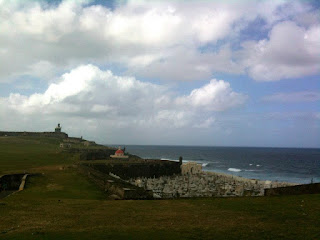 Make no mistake: The terms set up for Puerto Rico's $422 million payment to its debtors this week were ones that no one - including the creditors - believed that Puerto Rico could meet (nor do they have any chance of meeting the $2 billion - yes, billion - payment due in July).

How much more could the island reasonably cut by way of services as cuts have already pushed it to the brink? In the last two years, the island has laid off tens of thousands of employees, raised its sales tax to 11.5%, closed 10% of the its schools, shuttered dozens of hospitals and clinics, watched  84,000 of its sons and daughters depart for the mainland United States last year alone and seen nearly half the island's population descend into poverty.

The logic behind this is similar to the austerity package that was pushed on Greece, the one that Finance Minister Yanis Varoufakis resigned over last September. It is all about punishment. The hedge funds and vulture funds such as BlueMountain Capital Management that own a significant chunk of Puerto Rico's debt (and their front organizations, such as the Center for Individual Freedom and Main Street Bondholders, pressuring Congress) are sending an unambiguous message not only to Puerto Rico's citizens but to those of other countries in which they operate: Fuck with us and we'll make you scream. If this is how we treat U.S. citizens, imagine how we will treat you?

It is a scandal that 3.5 million Americans are being subjected to the economic equivalent of waterboarding, and Congress should act to reign in the island's usurious creditors and bring some relief to its citizens. Having colonies comes with responsibilities, too.
Posted by Michael Deibert at 12:50 AM No comments: