Corruption, resignations, drug wars: the Mossack Fonseca leak – known globally as 'the Panama Papers' – may have made headlines, but Central America has far more pressing problems to address if it is ever to regain investor confidence.

When 11.5 million documents were leaked from Panamanian law firm Mossack Fonseca in April, a host of politically connected international figures – and some politicians themselves – were revealed to be hiding their assets by sometimes dubious means. The impact was particularly strong in Latin America, especially on the isthmus of Central America, where several countries have been rocked by violence and allegations of shady business practices.

In recent years, Panama itself has worked hard to shed itself of the reputation as some sort of economic 'Wild West', which it acquired in the 1980s. During the 1983 to 1989 rule of dictator Manuel Noriega, Panama became known as a hub for laundering drug money profits for groups such as the Medellín cartel, the Ochoa family and others. Mr Noriega was arrested following the 1989 US invasion of Panama and served 17 years in prison in the US on drug-trafficking charges. He was subsequently extradited to France where he was also convicted of narcotics-related offences, and is now in a Panamanian jail.

Though Panama’s economy stabilised enough for several ratings agencies to boost its sovereign debt rating to investment grade, former president Ricardo Martinelli, who served from 2009 to 2014, ended up in exile in Miami on the run from embezzlement charges back home.

North of Panama, Nicaragua is these days is ruled as a personal fiefdom by Daniel Ortega of the Frente Sandinista de Liberación Nacional, in office since 2007 and showing no signs of leaving any time soon.

Mr Ortega’s ambitious plan to one-up Panama’s inter-oceanic canal with one across Nicaragua – which were announced with great fanfare in 2013 with an estimated cost of $50bn – have thus far come to nothing. Ostensibly the brainchild of Chinese billionaire Wang Jing, chairman and CEO of Beijing’s Xinwei telecoms company (an entity that had never before had any involvement in infrastructure projects of this magnitude), ground was broken for the canal’s construction nearly two years ago.

Today, however, amid howls of protests from environmentalists, human rights leaders and others, work on the canal is virtually non-existent, as is any explanation for when it may be continued.

In neighbouring El Salvador, a 2012 truce organised between the government of then-president Mauricio Funes and the country’s two main gangs, Mara Salvatrucha and Barrio 18, saw murder numbers cut in half the following year. But Mr Funes’ replacement – former guerrilla commander Salvador Sánchez Cerén, like Funes a member a member of the left-wing Farabundo Martí National Liberation Front – abandoned the truce upon taking office in 2014, resulting in open warfare across the country between the gangs and the security forces.

Last year, El Salvador’s murder rate rose by a shocking 70% compared with the previous year: 6657 people died in what was by far the most deadly year since the end of the country’s civil war in 1992.

All this in a country with a population of just 6.4 million.

This year’s figures look set to surpass that, and Mr Sánchez Cerén’s government has taken the additional step of arresting some of those – including former government officials – who had negotiated the original truce. One long-time observer of the country described the government’s current policy as “madness”.

In Guatemala, Central America’s most populous country and its largest economy, three close confidants of former presidents Álvaro Colom, Alfonso Portillo and Otto Pérez were named in the Panama Papers, adding more uncertainty to what has already been an unsettled 12 months in the country.

Last autumn, then-president Mr Pérez resigned and was arrested the following day, following the apprehension of vice-president Roxana Baldetti, who had stepped down in August. Both are charged with running a criminal network known as la línea (the line) while in office.

Though the arrests of the country’s two most powerful politicians took place following massive street demonstrations throughout Guatemala, many believe they would not have happened but for the work of the Comisión Internacional Contra la Impunidad en Guatemala (CICIG), a UN-mandated body that has operated since 2007, charged with investigating criminal organisations and exposing their connections to the state. Led by Colombian judge Iván Velásquez Gómez, the swiftness with which CICIG, along with Guatemala’s Ministerio Público, brought about the downfall of the government was startling, especially given that Mr Pérez had only weeks left in office after 2015’s presidential election.

Guatemala’s current president, Jimmy Morales, was elected on the ticket of the Frente de Convergencia Nacional, a party founded by former military officers leaning to the extreme right of the country’s political spectrum. Both before and after Mr Morales assumed office, foreign investment in Guatemala has been marked by controversy. Projects such as the Escobal silver mine, owned by Canadian company Tahoe Resources, in the department of Jalapa, have sprung up with little to no consultation with indigenous communities (Guatemala has the highest indigenous population in Central America) and little transparency, and have frequently resulted in violent clashes.

More worrying still, in April a video surfaced from the Guatemalan department of Huehuetenango showing armed men claiming to be from new rebel group the Fuerzas Armadas Campesinas, vowing to oppose by force a hydroelectric project in the town of Ixquisís.

At the turn of the millennium many might have hoped that endemic corruption and violence were on the wane in the region, but events of recent months, among which the Panama Papers leak is only one, may well have investors thinking twice about Central America.

Posted by Michael Deibert at 6:13 PM No comments: 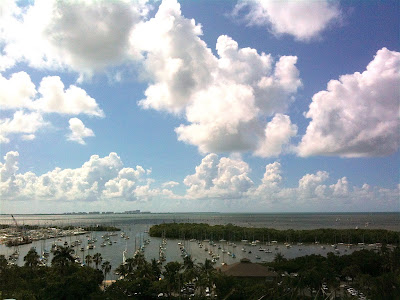