Be Realistic (Ask for the Impossible) 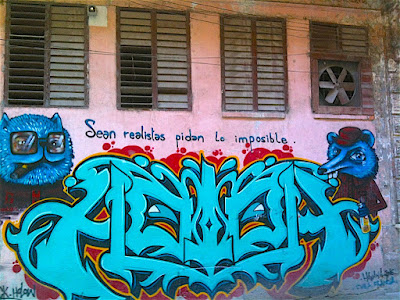 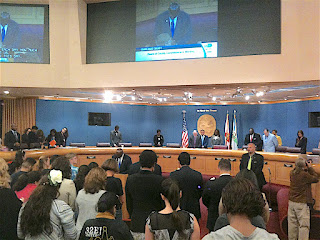 What I witnessed yesterday at the Miami-Dade County Board of County Commissioners meeting was a disgrace and an affront to democracy.

In a packed house, as citizen after citizen rose to voice to their opposition to the city's collaboration with the Trump administration's nakedly racist policies targeting immigrants, Muslims and others - and to express that there are now whole communities in Miami that are living in fear - the speakers were consistently cut off and silenced by Commissioner Esteban L. Bovo, Jr., who presided over the meeting with the glittering arrogance of colonial proconsul addressing his imperial subjects.

As voter after voter spoke - some removed from the Chamber by Bovo even though they were no way being disruptive, Miami-Dade County Mayor Carlos A. Gimenez ignored the proceedings entirely, standing off to one side laughing and joking with his cronies. The dynamic finally erupted into a walkout and protest by many of those assembled (including me).

For those interested who would like to see video confirmation of my story, I posted three videos of the meeting and the aftermath that I took with my phone here.

The Miami-Dade County Board of County Commissioners has clearly forgotten who they work, so I suggest from here on out we remind them, not just on voting day but at every meeting henceforth. They work for us, the city of Miami, and we always have been and remain a city and a county of immigrants and a refuge for the persecuted, all the stronger for our diversity.

This will not pass. Ni un paso atrás.

Posted by Michael Deibert at 5:15 PM No comments: 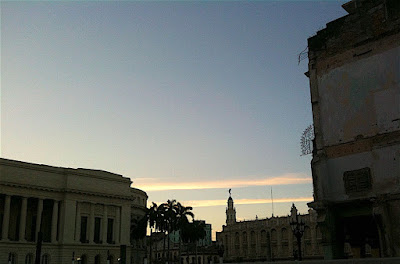 Havana Nocturne, photo by me.
Posted by Michael Deibert at 3:51 PM No comments: