The new report by the United Nations High Commissioner for Human Rights on the Democratic Republic of the Congo in important, if troubling, reading. It says, in part:

The full report can be read here.

Posted by Michael Deibert at 1:36 PM No comments:

The Democratic Republic of Congo: Between Hope and Despair events


The autumn book tour schedule thus far for my new book, The Democratic Republic of Congo: Between Hope and Despair, published by Zed Books in cooperation with the Royal African Society, the International African Institute and the World Peace Foundation, will be as follows. One or two other events are in the works, as well, and the schedule will be updated in due course.

The School of Oriental and African Studies (SOAS) in London, at 6pm. Book launch and panel discussion with Coordinator of the UK WILPF Voices of African Women Campaign Marie-Claire Faray-Kele. Event held in partnership with ZED Books and the Centre of African Studies.

Tulane University in New Orleans, Room 201 of the Lavin-Bernick Center for University Life from 4pm to 6pm. Event sponsored by Department of Political Science

The University of South Carolina in Columbia, Gambrell 431at 4pm. Event sponsored by the African Studies Program.

The Miami Book Fair in Miami, time and location TBA.

Posted by Michael Deibert at 8:59 PM No comments:

My name is Michael Deibert and I am an author and journalist who has reported from Africa off and on since 2007, having most extensively worked in the Democratic Republic of Congo.

I am writing to you in your role as Public Editor to express my concern at the photos of dead bodies from the Westgate Mall shootings in Kenya - their faces fully visible - that were published on the New York Times website yesterday. The URL can be found here: [not linking to photos here]

Quite honestly, as a journalist who has reported on conflict for going on quite a number of years, I was shocked and dismayed by this. Would the New York Times run photos of blood-soaked dead white Americans after one of the many mass shootings that occur in the United States? I doubt it. That they did so after the mass killings in Nairobi yesterday is very troubling, not just to me, but also to many other journalists, academics and analysts who focus on Africa.

There are ways to depict violence so that people are not immediately recognizable to their loved ones, friends, and so on, and everyone, American, African, or whatever their nationality, deserves some dignity in death. One can show dead bodies without showing their faces, leaving people confronted for the rest of their lives with images of their family members and other loved ones soaked in blood and torn asunder. I've seen plenty of bodies dead through violence over the years, so I am not asking that the end result be sanitized, but rather wondering why some slight restraint was not used in allowing the bodies to be so immediately recognizable.

I would also stress that I am not at all taking the photographer to task for shooting as many images as he could in such chaotic circumstances - and showing great personal bravery in the process - but rather why the editors would chose to run some of them.

So, I ask, why this apparent double-standard when it comes to the sensitivities of people in Africa as opposed to people in the United States?

If you choose to reproduce this message, please reproduce it only in its entirety.

I appreciate any light you may be able to shed on this matter.

Why, look what the postman brought... 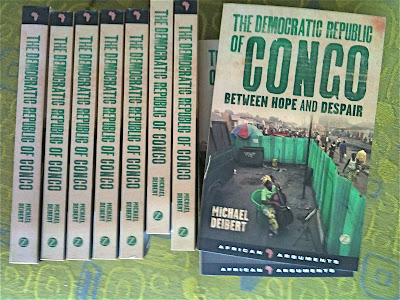 Posted by Michael Deibert at 9:06 PM No comments: 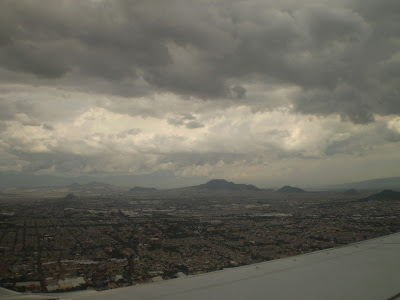